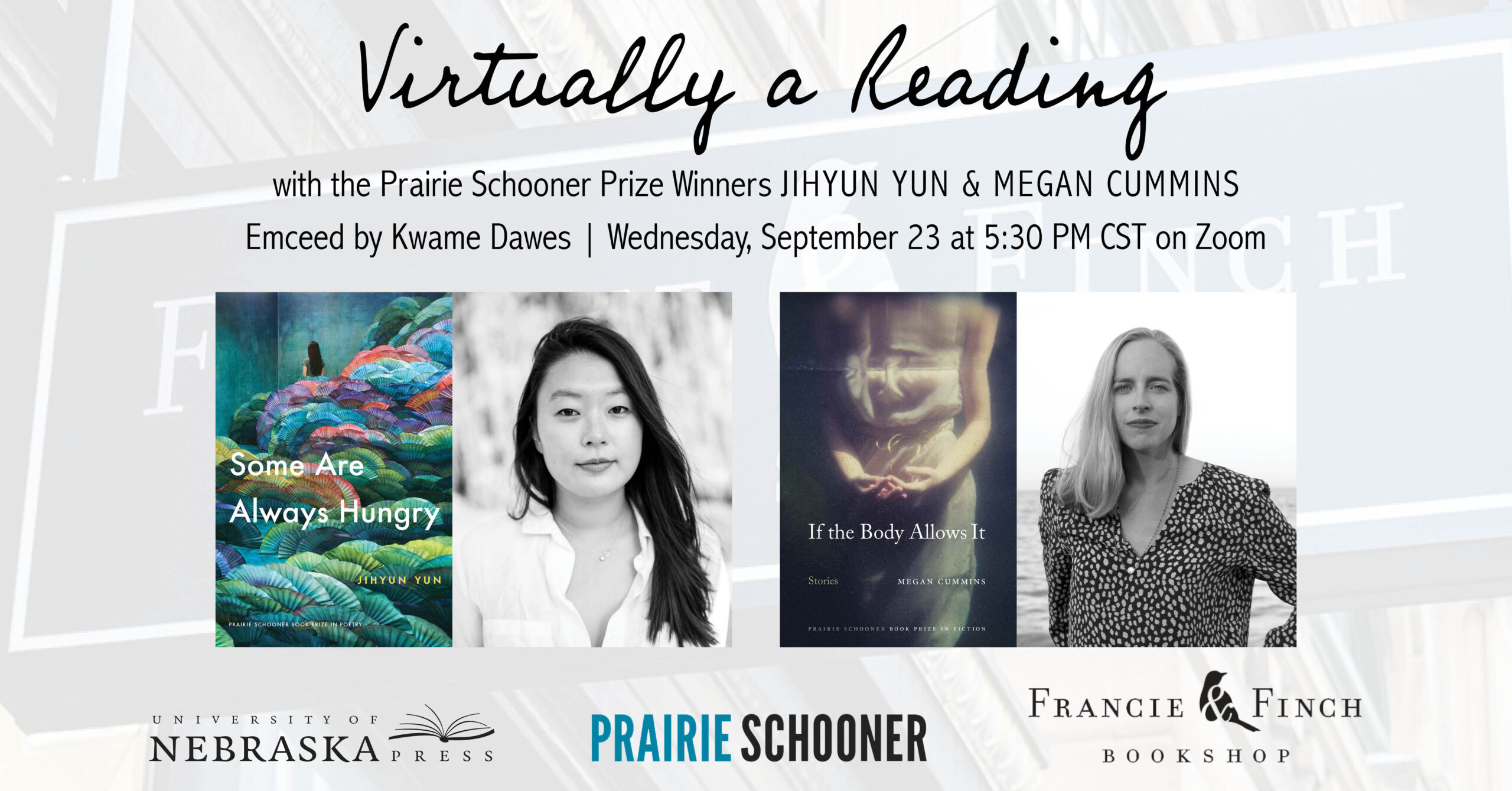 The authors will read from their upcoming books, Some are Always Hungry and If the Body Allows It.

This Zoom-event will be moderated by Kwame Dawes, Editor-in-Chief and celebrated author.

Scroll down for details, including the Zoom invitation and links to pre-order copies with signed book plates!

Some Are Always Hungry by Jihyun Yun chronicles a family’s wartime survival, immigration, and heirloom trauma through the lens of food, or the lack thereof.  Through the vehicle of recipe, butchery, and dinner table poems, the collection negotiates the myriad ways diasporic communities comfort and name themselves in other nations, as well as the ways cuisine is inextricably linked to occupation, transmission, and survival. Dwelling on the personal as much as the historical, Some Are Always Hungry traces the lineage of the speaker&;s place in history and diaspora through mythmaking and cooking, which is to say, conjuring.

Jihyun Yun is a Korean American poet from California who now lives in Ann Arbor, Michigan. A Fulbright research grant recipient, she has received degrees from the University of California&;Davis and New York University. Her work has appeared in Narrative Magazine, Poetry Northwest, Adroit Journal, and other publications.

Introspective, devastating, and funny, If the Body Allows It grapples with the idea that life is always on the brink of never being the same again.

Megan Cummins is the managing editor at A Public Space and A Public Space Books. Her work has been published in Ninth Letter, One Teen Story, Guernica, and Electric Literature.